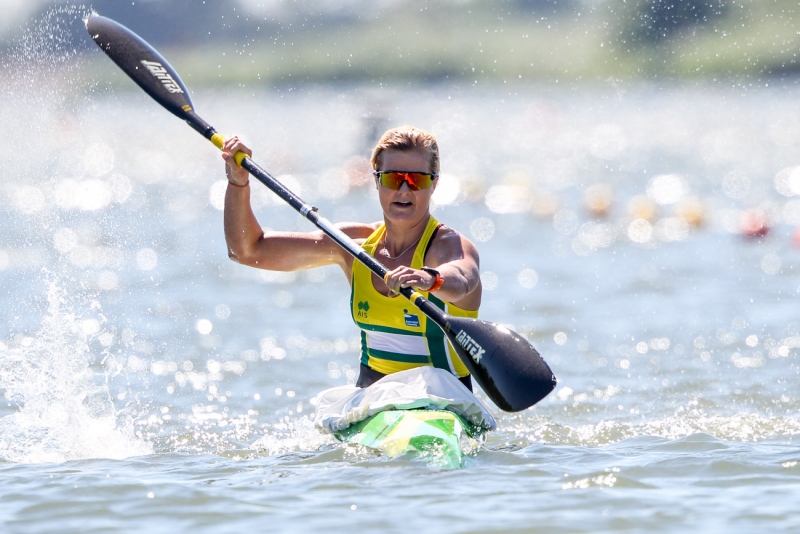 Article Introduction
Australia’s Alyssa Bull has added a silver medal to the gold she won 24 hours earlier at the ICF Canoe Sprint U23 and Junior World Championships in Pitesti, Romania.
Content

CANOE/KAYAK - SPRINT: Australia’s Alyssa Bull has added a silver medal to the gold she won 24 hours earlier at the ICF Canoe Sprint U23 and Junior World Championships in Pitesti, Romania.

Her second placing in the women’s K1 500 was even more meritorious than her gold in the K1 1000 on Saturday, as she has focussed more on the longer distance training and was up against a world-class field in the shorter race.

New Zealand’s Aimee Fisher brought up the K1 200 and 500 double in an impressive performance, but European U23 champion Hermien Peters of Belgium, Olympic silver medallist Emma Jorgensen of Denmark and Hungarian speed machine Dora Lucz all finished behind the Australian.

“I was really excited about doing the 500 this weekend,” Bull said.

“I do like the 1000, but I’ve been working on my starts a lot, and I had a really good start for a change. And I had an even better finish.

“Kudos to Aimee, I knew she was going to be really tough to beat. All the other girls are paddling so fast, I didn’t really expect that result at all.”

Bull has made her name in recent times in Australian canoeing as a member of the Olympic K2 500 team with close friend Alyce Burnett, and said despite her encouraging results in Pitesti that will continue to be her focus.

“I do love the K2, I hate going out there be myself, I’m more of a teamwork person,” Bull said.

“I do miss having AB behind me pushing me down the course, but it is nice to know every now and then you can get out and do it by yourself.

“This year’s focus at Worlds is the K2 500, and I think it is going to be that way for this four-year cycle. I’m really looking forward to it.”

In other results on Sunday, the men's U23 K4 500 team of Jayden Ellis, William Bain, Riley Fitzsimmons and Simon McTavish placed 8th in the A final. The men's Junior K4 500 team placed 5th in the B Final and 14th overall with the team of Jesse Ellis, Thomas Green, Jakob Hammond and Liam Farrell.

In the U23 C1 200 event, Charles Ellis finished 9th in the B Final and 18th overall and Josephine Bulmer placed 7th in the B-Final and 16th overall in their respectvie male and female categories.

Tiarnee Massie and Lucinda Kelly finished 7th in the B Final and 16th overall in the Junior K2 500.

Ethan Neville finished 6th in the B Final and 15th overall in the Junior K1 200.