Bull and Burnett to build on Olympic year. 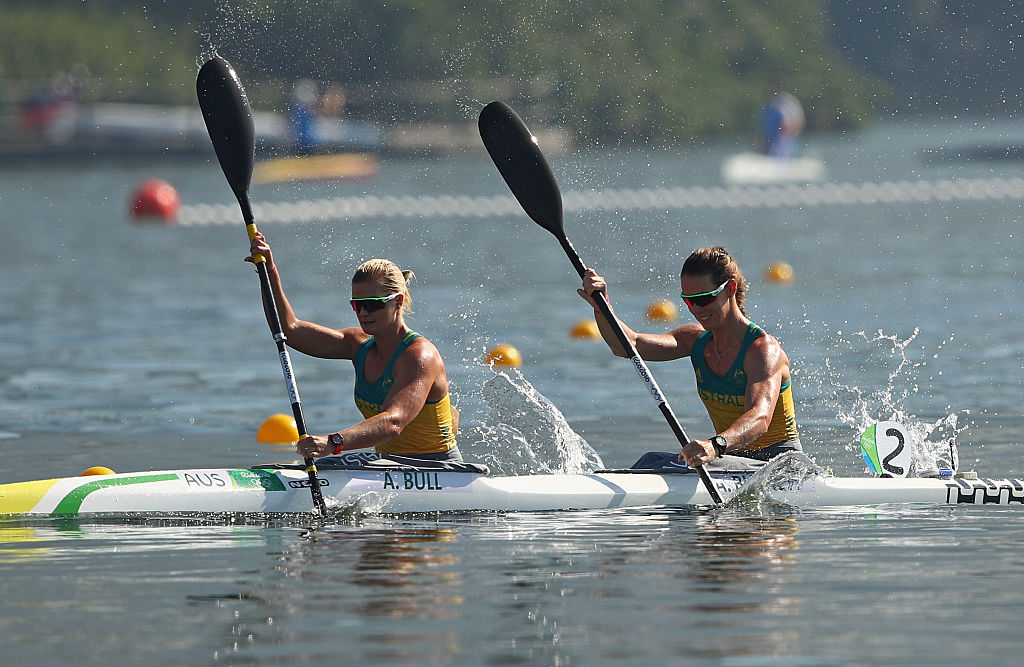 Article Introduction
The first year after an Olympic Games can be a bit of a struggle for some athletes, but Australian sprint canoeist Alyssa Bull is relishing every moment.
Content

CANOE: The first year after an Olympic Games can be a bit of a struggle for some athletes, but Australian sprint canoeist Alyssa Bull is relishing every moment.

She’s just arrived in Europe with the Australian Sprint Canoe team for the start of a European summer that will take in two World Cups, starting in Szeged, Hungary, this weekend, and a World Championships in the Czech Republic in August.

Bull and her Sunshine Coast teammate and friend, Alyce Burnett, had a dream Olympic debut at Rio, making the A final of the K2 500. And now they are ready to take the next step.

“After last year in Rio I have been inspired and more determined to race better and faster,” Bull said from Europe this week.

“So after a little break I was at the point where I was really keen to get back training and I think that’s important.

“I did a lot of growing up in general last year, I couldn’t pin-point one thing in particular. But I have learned to do a lot more on my own and that I can push my body further than I thought.”

The Australian team have spent this weekend at their European base in Szolnok. There are lots of new faces, and a few old ones, like three-time Olympian and Beijing gold medallist, Ken Wallace.

21-year-old Bull will team up with Wallace this weekend in a new event, a mixed relay. It’s all part of the dream that Bull’s paddling career has become.

“It feels great to be back here in Europe,” she said.

“I’ve never been to the AC set up in Szolnok before, so it is great to be here and see the boy’s camp and their set up. It's awesome to be here as a whole team.

“The group has been great, everyone is putting in some hard work, but there is also some great off-water banter.”

The challenge for every Olympic athlete in the years after a Games is how do they get better. But for Bull and Burnett, that improvement will come with experience.

“We aren’t really doing anything different, just lots of gym and spending a fair bit of time in the K2 together,” Bull said.

“We have been working really hard together as a pair and are both really excited to have a race together again.”

For 2008 Olympic gold medallist Wallace it’s the start of a campaign to get to a fourth Olympics, and for 2012 gold medallist Murray Stewart a third, as the team looks to build on it’s impressive Olympic record.

2012 Olympian Jo Brigden-Jones will join Burnett and Bull in the women's team. along with a number of new faces including sprinters Matt Goble and Robert McIntyre, while Cat McArthur and Jaime Roberts are returning to Europe.

The ICF Canoe Sprint World Cup 2 begins in Szeged on Friday, and then heads to Belgrade the following weekend.