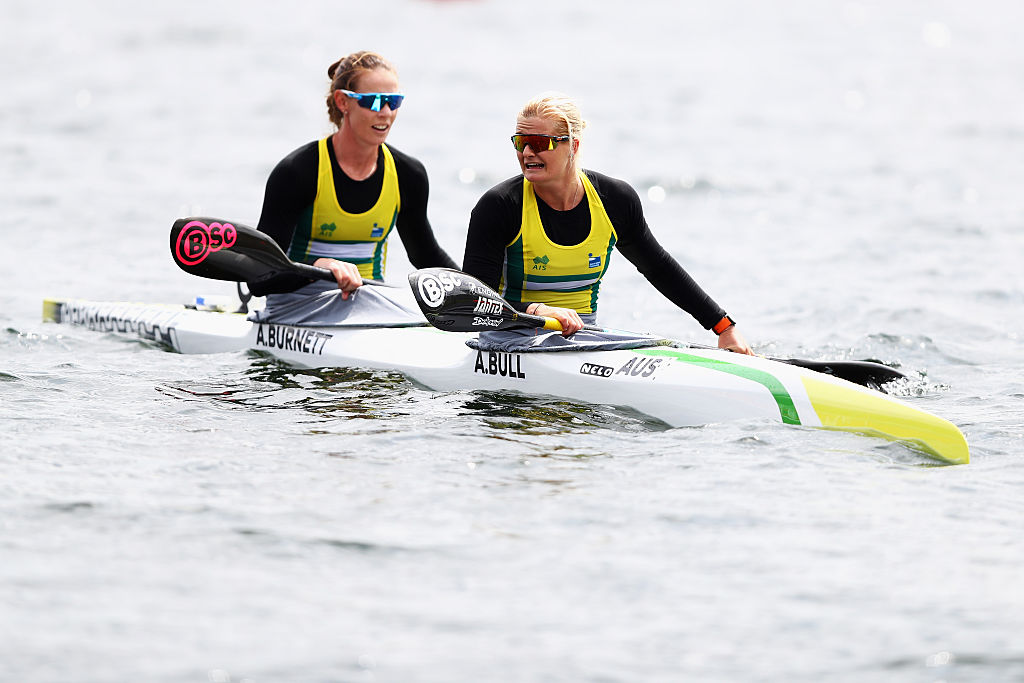 CANOE/KAYAK: Alyce Burnett and Alyssa Bull aren’t quite sure what to expect when they touch down in Rio next week.

But one thing is for sure; they will be ready to take on the world’s best athletes in the women’s K2 500m as they make their Olympic debuts at Lagoa Stadium.

Burnett and Bull came together as a pairing at the end of 2014 and haven’t looked back since, including winning a bronze medal at the 2015 under-23 world championship.

“Since we started paddling together Alyssa and I have become really good friends, which has made this ‘relationship’ a walk in the park,” Burnett said.

“Sometimes making a K2 work can be difficult but with Alyssa it’s been easy.

“Our personalities are very similar, as are our strengths and weaknesses on the water. When we line up on the start line I know that she will be putting it all out there, meaning I can focus purely on myself.”

Burnett and Bull have been finalising their preparations in Italy before they fly into Rio on Monday, 8 August, and 20-year-old Bull said the training camp environment had been excellent.

Burnett and Bull have built throughout the 2016 season and the pair are happy with their form heading into Rio.

“We had a great world cup series where we were able to improve in every race we entered,” Burnett said.

“Throughout each race we were able to prove to ourselves that we can mix it with some of the best in the business, which has helped give us great confidence in our training program leading into Rio.”

Bull, 20, said the World Cup events had given the crew a range of areas to focus on in training.

“Racing World Cups back in May was great to gain more international race experience, which you can never gain enough of,” Bull said.

“Being able to race in several events gave us extra opportunities to get in the start gates and that type of race practice in invaluable.

“With all the race data that was collected we were able to identify some areas for us to work on, so in the last couple of months we have been working towards ironing out those wrinkles.

“Having our final prep phase in Italy with Steve, Jesse, Murray and Floody has been great. There is a lot of experience between all of them and having them there to talk to is a real help.

“Everything is starting to get really exciting.”

Burnett and Bull will paddle in their heat of the women’s K2 500m on Day 10 of competition.