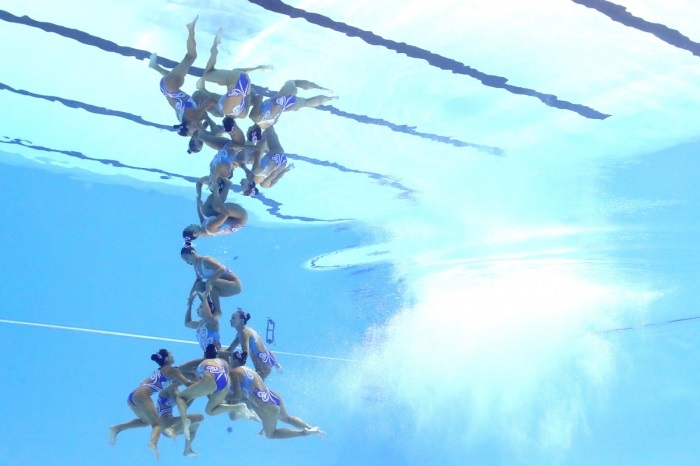 It’s a case of mission accomplished for the Australian women’s synchronised swimming team after they qualified Australia a berth at the 2020 Tokyo Olympic Games.

SYNCHRONISED SWIMMING: It’s a case of mission accomplished for the Australian women’s synchronised swimming team after they qualified Australia a berth at the 2020 Tokyo Olympic Games.

With the Oceania region afforded just a single qualification quota for the Olympic Games, Australia knew it needed to finish ahead of the Kiwis in competition at the FINA World Championships currently being held in Korea.

The Aussie girls achieved that goal after returning a 20th ranked routine in the Team Technical preliminaries, which bettered New Zealand’s rank of 22nd.

The girls then repeated that goal by taking 22nd rank in the Team Free preliminaries, which again bettered New Zealand’s mark of 24th.

In team competition, eight swimmers collectively form a performance routine. In Technical, two panels of judges assess performances, with one panel adjudicating technical components, whilst the other scrutinises; choreography, use of music, synchronisation, difficulty and presentation.

In Free competition, the eight swimmers are again assessed by two judging panels. The first rules over execution, synchronisation and difficulty, with the second charged with determining choreography, musical interpretation and presentation.

In addition, Amie Thompson and Rose Stackpole combined in the women’s duet, taking 35th rank from both their Duet Technical and Duet Free routines.

Rio Olympian Danielle Kettlewell will perform in the preliminaries of the Mixed Duet on July 19 with Ethan Calleja.

Russia have been dominating the medals across Artistic Swimming nearing the end of competition. Further details and results can be viewed here.