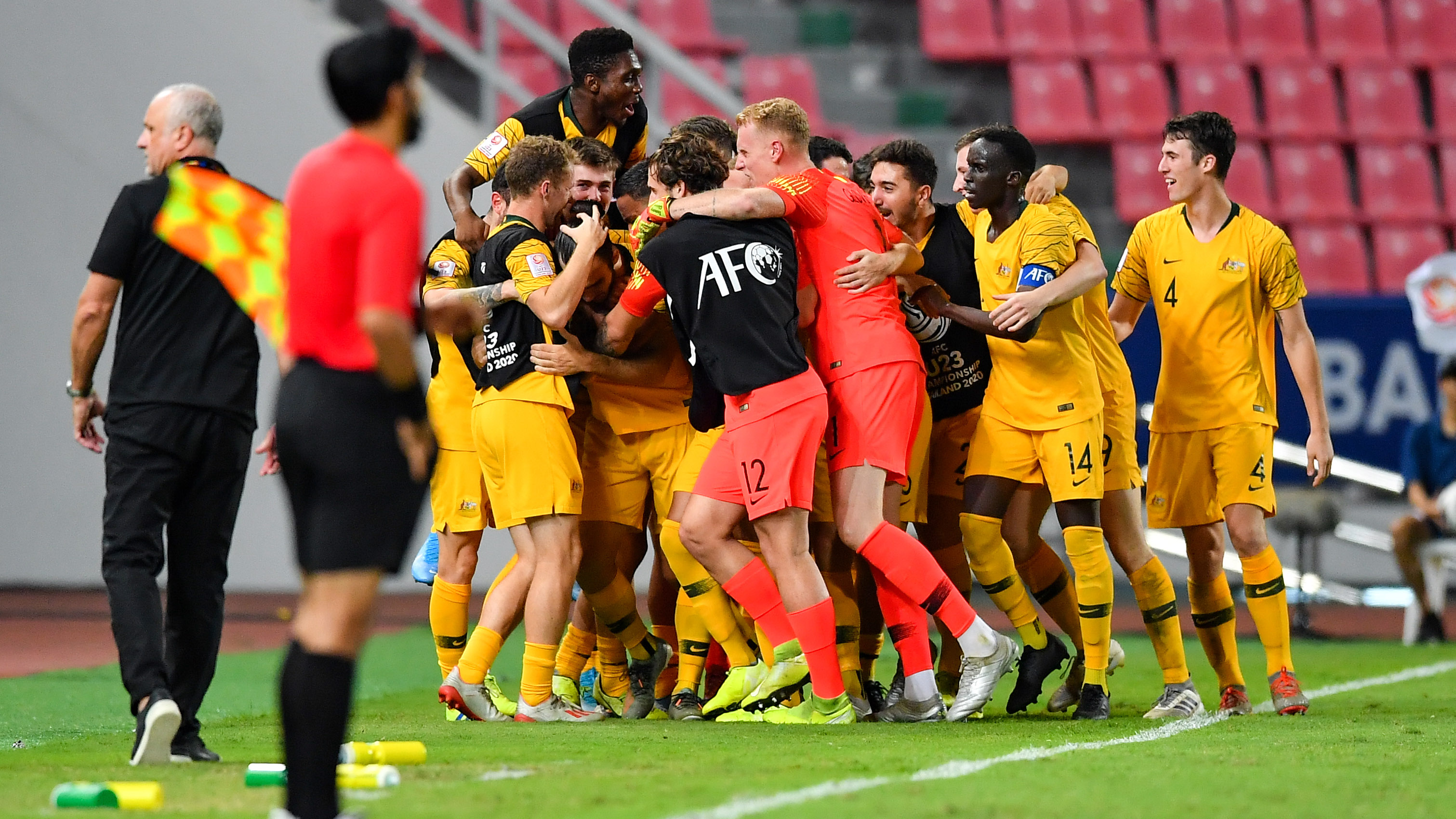 For the first time in 12 years, the Australian U-23 men's national football team have qualified for an Olympic Games after winning the third-place play-off at the AFC U-23 Championship.

Going into the AFC U-23 Championship third-place play-off needing victory to qualify, Graham Arnold's side came out on top in a tense 1-0 win over Uzbekistan U-23's.

Nicholas D'Agostino thought he put Australia ahead after five minutes but his goal-mouth header was disallowed after contact on Uzbekistan's goalkeeper was deemed worthy of a foul, but he was later the hero, with his 47th-minute goal proving to be the winner in a match which also saw Uzbekistan play the final half-hour a man down following a straight red card.

In an incredibly tight affair, it was Uzbekistan who had the edge after the first 45 minutes, but the scores remained 0-0 heading into the break.

However, a change at half-time for Australia - with Denis Genreau replacing his Melbourne City teammate Ramy Najjarine - paid dividends almost immediately, with the U-23's taking the lead two minutes into the second period.

D'Agostino glided his way past the Uzbekistan defence, before unleashing a perfectly-placed shot into the bottom corner of the goal - his third strike of the tournament.

Australia looked a different side in the second half, and a red card to Oybek Bozarov gave Arnold's side an extra sense of belief that this was going to be their day.

The team held strong, and as the game went on, it appeared more and more in Australia's control.

The final whistle confirming Australia's place at the men's Olympic football tournament for the first time since Beijing 12 years ago.

Head Coach, Graham Arnold  – who played for Australia at Seoul 1988, was an Assistant Coach with team in Athens 2004 and Head Coach of Australia in Beijing 2008 – hailed his side’s effort and attitude.

“I am really proud of the way they worked this whole tournament,” Arnold said.

“To create what we have just achieved is so huge for Australian football because it is the first time that we have qualified for the Olympics for 12 years and I do know that when you have a great pathway, a great preparation for the Olympics, then it creates six or seven top Socceroo players and for the senior national team and that is very important.”

“That (game against Uzbekistan) would 100 percent be the biggest game of their careers and their lives.

"They have not experienced anything like that at club land as well as obviously with the national teams, so it has been a wonderful learning process for the players and I felt that we dealt with it very well.”