The race to Rio is truly on for Brigden-Jones 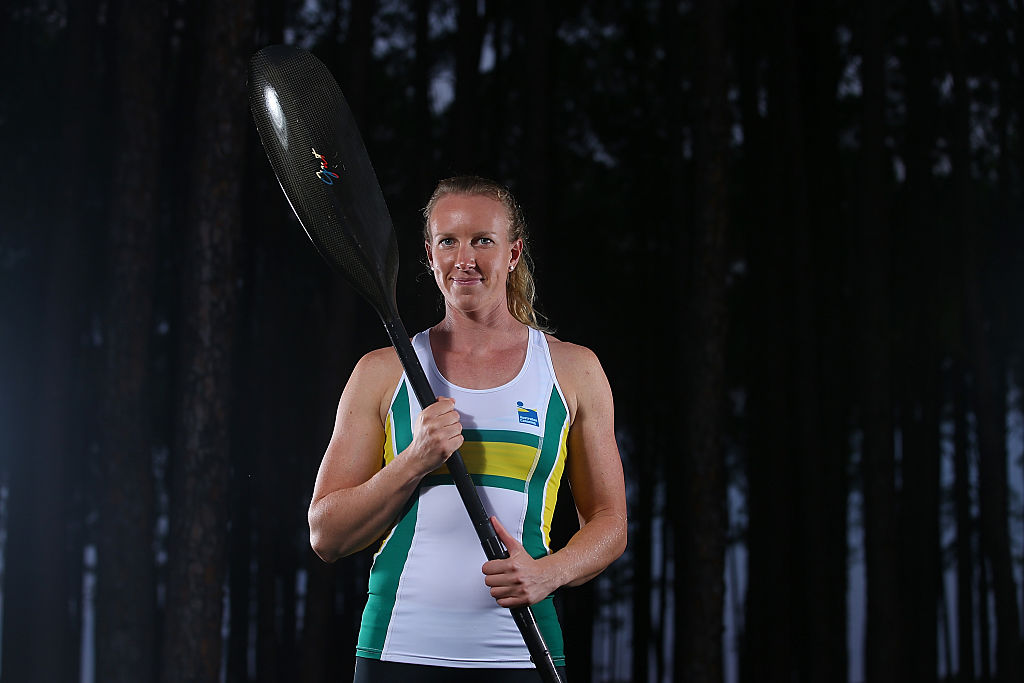 CANOE/KAYAK: The road to Rio for sprint paddler Jo Bridgen-Jones is anything but smooth sailing and clear waters.

With 12 of the 13 canoe/kayak sprint positions already selected, Brigden-Jones will battle her K2 partner Naomi Flood for the remaining spot on the Team after the pair missed out on the K2 spot.

With a difficult selection process ahead of her, if the London Olympian is selected on her second Team it will be very satisfying feeling.

“It’s so tough to make the Australian Olympic Team, so it would be very rewarding for all the work I have put into it,” the Sydneysider said.

“Given the difficult section process I am going through at the moment I think I will be even more gratifying.”

27-year-old Brigden-Jones’ sent a strong message about her Olympic aspirations after she claimed two victories in the women’s K1 200 events at the Australian and Oceania Championships last month.

“I felt like I was in the best form of my life.

“To put down some really great races at Oceania and Nationals was very satisfying and showed the fantastic off season training I had done,” she said.

Despite these wins, a spot on the team is anything but signed, sealed and delivered as Brigden-Jones and fellow Manly surf lifesaver Flood will fight for the final K1 spot on the 2016 Team.

Flood kept her Olympic dream alive with victory in the women’s K1 500 race-off at the National Canoe Sprint Championships in Perth last month.

“There is one spot left for a K1 position so now I have to race at World Cup 1.

“The highest placed athlete out of Naomi and I will secure the spot even though we are racing in different events.”

Ultimately, Brigden-Jones knows the best athlete will be selected to represent Australia at the first South American Games.

“All the girls have really stepped up this season and to see the level raised and everyone smashing out many personal bests was great to see and be a part of.”

The Northern Beaches’ athlete started paddling in 2001 after she was selected in a talent identification program at a local kayak club.

“I didn’t even know what kayaking was when I went along to the try outs.

“Little did I know how far the sport would take me.”

At 16 years-old Brigden-Jones made her first Australian Junior Kayak Team, where she won a silver medal in the K1 1000m at the prestigious Bochum Regatta, Germany.

“I thought if I could keep improving and making Australian teams then I maybe could get there.

“When I was 16 my coach told me “don’t fear to dream big” so that’s what really got my mind ticking and I starting to believe I could push myself to the next level.”

Eventually her ‘dream big’ attitude paid off, as Brigden-Jones was selected to compete in the women’s K4 event at the London 2012 Games, her career highlight to date.

“Competing at an event where the best athletes from every country and every sport in the world is there is very special.

“The Olympics has an amazing buzz about them and I was so grateful to be a part of that.”

Brigden-Jones said it was a Games with both highs and lows, with the women’s K4 finishing a frustrating 9th place.

“We didn’t have the performance that we were working hard for so that was pretty disappointing.”

But the result has definitely inspired Brigden-Jones to push for selection on the Rio Team.

“I think having raced in London and not coming away with the result we wanted I am very focused and determined to get more out of myself and reach my potential at the Olympics.”

The qualified Paramedic will focus on maximising her speed and power heading into World Cup 1, combining aerobic base fitness with strength and running training.

Ultimately, Brigden-Jones hopes her training will be enough to book her that all important seat on the plane to Rio.

“I haven’t visited Rio yet but from all reports the vibe in the city is pretty awesome. Add the Olympics on top of that and I think it will be a very special place.”

Brigden-Jones and Flood will compete at the World Cup in Duisburg from the 20 to 22 May for the final canoe kayak sprint spot on the Australian Olympic Team.

Whoever finishes as the highest ranked paddler in their respective events will earn the right to be nominated to the Australian Olympic Committee.