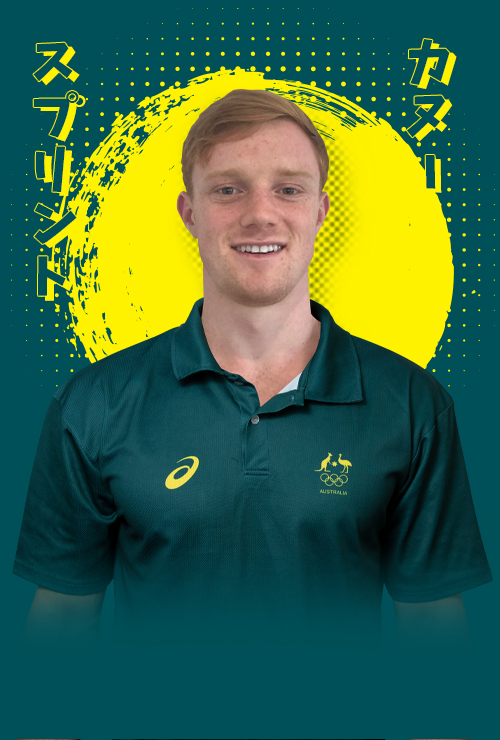 He moved to Australia to pursue his dreams of becoming a Canoe Sprint Olympian and now trains alongside his role models, looking to make his Olympic debut at Tokyo 2020.

U23 World Champions🥇Could not of asked for a better way to end of the regatta by standing on the top step with mates. Thank you to friends, family and most importantly the support staff that work day in and day out to allow us to reach our full potential. Only two weeks now till Senior World Champs 🇭🇺.

Van der Westhuyzen started as a marathon and sprint paddler but since moving to Australia his focus firmly shifted to sprint racing.

In 2016, he claimed gold in the K1 1000 metres at the Junior Canoe Marathon World Championships, becoming the first South African male to win a medal at this level.

Representing Australia, he partnered with Riley Fitzsimmons, Tom Green and Jackson Collins to win the K4 500 at the U23 World Championships.

He also won a silver medal in the K2 1000m at the Under 23 World Championships, together with Collins.

Van der Westhuyzen made his first senior national team in 2019 and finished 10th in the K1 1000 at the 2019 ICF Canoe Sprint World Championships.

In 2020, van der Westhuyzen and Green won the K2 1000 in the first Olympic selection event. The pair won in an impressive time of 3mins, 12.27sec which was 1.74sec ahead of London Olympic Champion Stewart and Rio Olympic medallist Lachlan Tame.

First round of Olympic trials are over and stoked with a second in the K1 and a win in the K2 1000m with @tom.green99. Which brings us one step closer to @tokyo2020 🇯🇵.

At the 2020 Australian Canoe Sprint Championships and second Olympic selection event, van der Westhuyzen finished second to Green in the K1 1000 and K1 500.

The 21-year old joined forces with Green to race the K2 1000 and the pair finished second behind Riley Fitzsimmons and Jordan Wood.