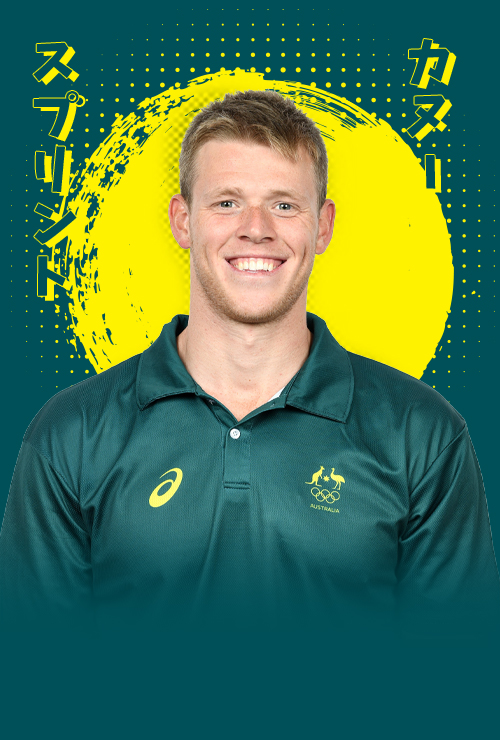 A young Thomas Green always loved the water and sport. He started kayaking at the age of 10 at the Currumbin Creek Canoe Club when he saw his older brother and sister having fun as they learnt to paddle.

“I’m not sure if it was my fear of falling in and getting bitten by a shark, or my fierce competitiveness with my brother and sister that saw me take off and never look back,” Green says.

With a family background in surf lifesaving, Green was never far from the water. Together with his brother Lachy and sister Britt, Green competed at the 2012 Outrigging World Championships in 2012.

Just want to get back in this amazing ski

Green was enjoying “having a bit of a play in the kayak around surf lifesaving racing and training” but was encouraged by kayaking stalwart John Newtown to take flatwater paddling seriously.

Within weeks, Green was competing at the Australian Canoe Sprint Championships and won 11 medals in his division, including three gold.

Five months after that first flatwater paddle, Green was selected to represent Australia at the 2015 Olympic Hopes Regatta in Poland. He won a silver medal in the K1 500 metres and a bronze medal in the K1 1000m.

Returning to open water competition in 2017, Green completed a stunning comeback at the Australian Surf Life Saving Championships. He had established a tidy lead in the under 18 surf ski final but made a wrong turn and found himself 150 metres behind the pack. A determined Green changed course and won the race in a photo finish. “I paddled like I’ve never paddled before,” Green said.

With the 2020 Olympics coming into focus, Green partnered with Joel McKitterick and won gold in the K2 1000 at the 2018 Under 23 World Championships. It was a breakthrough year as Green made the leap to elite competition and represented Australia at a senior World Championships for the first time where he finished fourth in the K4 500 and eighth in the K1 500.

K2 1000m World champions 🥇@joelmckitterick and I! Super stocked. Thanks to all for your wishes and support. Thank you!!

In 2019, Green became a dual U23 world champion when he won gold at the Under 23 World Championships in the K1 1000m and K4 500 (with team mates Jackson Collins, Riley Fitzsimmons and Jean van der Westuyzen).

He went on to finish fourth in the K1 500 at the World Championships.

He was just as dominant at the 2020 Australian Canoe Sprint Championships realising his Olympic dream after winning gold in K1 1000. In a field boasting Olympic champions Murray Stewart and Green’s mentor Ken Wallace, the young paddler showed class to win in a time of 3min 36.15sec which was 1.10sec in front of Jean van der Westhuysen and Rio 2016 Olympian Jordan Wood.

There have been so many people in my life that have contributed to my success and the person I have become. I simply can’t single this down to one person.

What has been your greatest challenge?

Growing up in a single parent family was tough and provided adversity in so many aspects of life.  Finances were always so tight and there were many very hard decisions that had to be made. I think Mum was the person who had to make the most sacrifices and overcome the most adversity to give us kids the opportunities in sport and life that we have had. The positive side of this is the lessons and the tenacity it has taught us.  We are strong and resilient because of these experiences.

Watching Alistair Brownlee carry his brother Jonny across the finish line of the 2016 World Championships after he went down with heat exhaustion 500 metres before the finish.