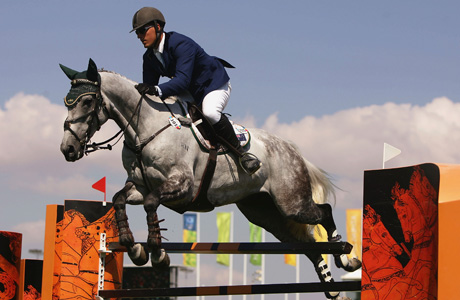 Tim Amitrano made his Olympic debut in equestrian showjumping at the Athens 2004 Olympic Games. At the age of 25, the Athens Olympics were also the first time that Amitrano has been selected for an Australian team, rising to fame when he and his 10-year-old gelding won the Sydney World Cup in 2004, a major Olympic selection event. Following the event, Amitrano went to Europe to improve his selection chances with the Rotterdam Grand Prix confirming his emerging talent. At the Athens Games, Amitrano and his horse Mr Innocent finished 65th, withdrawing after the second qualifying round.