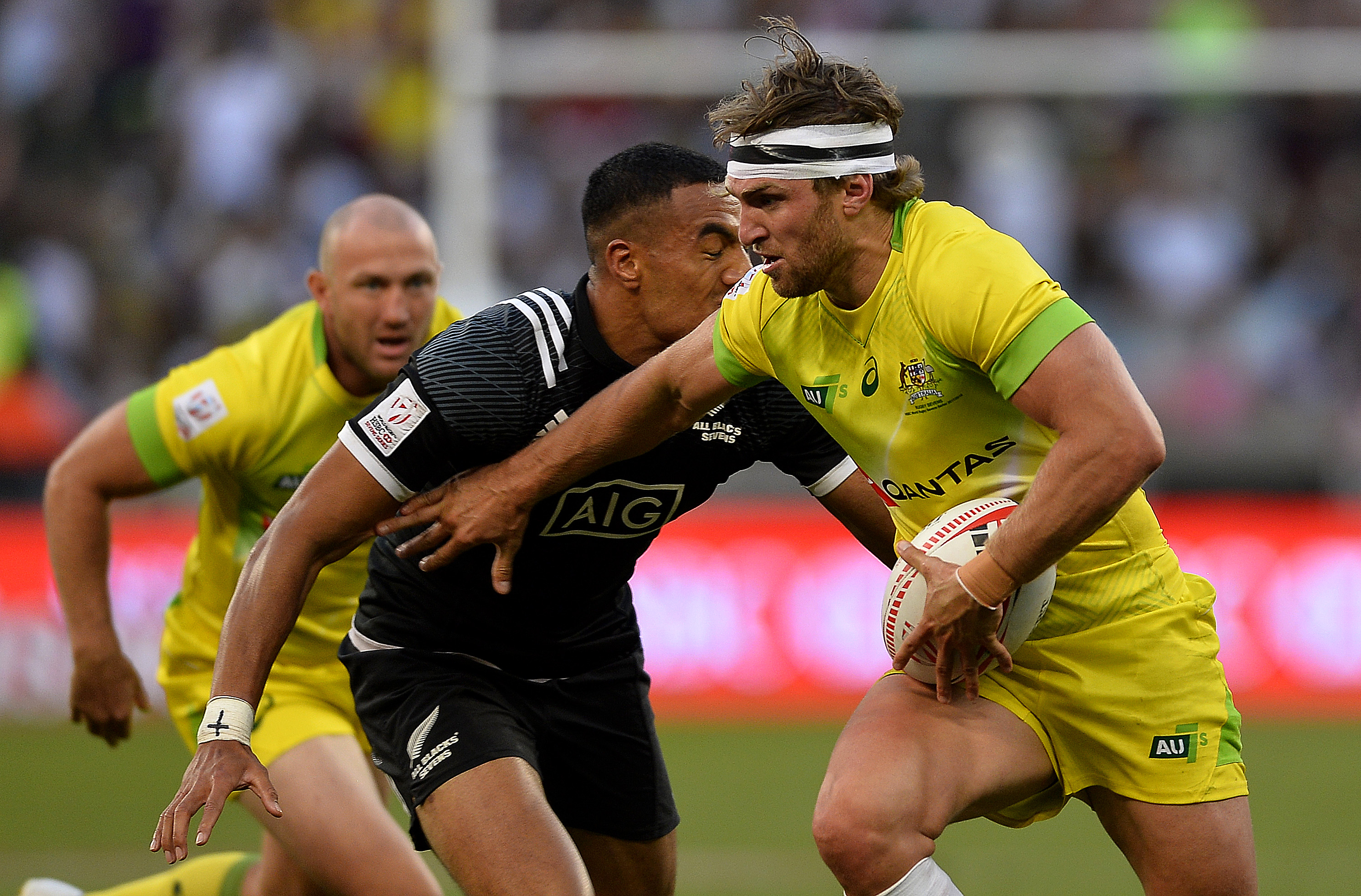 While the Men's team brawls for a qualifying bid for Tokyo 2020, new university players on the Women's side are fighting for a spot on the team that will defend their Olympic championship title.

Day One has just begun of the 2019 Oceania 7s Tournament in Suva. All eyes are on Tokyo as 15 men's and 12 women's teams are competing across three days, with one team from each qualifying for Tokyo through the regional qualification process. Last year's Oceania Sevens winners, Fiji (men) and Australia (women), have already qualified thanks to top-four finishes on the HSBC World Rugby Sevens Series 2019.

The Aussie7's Men have everything to play for when the Oceania7s start today in Fiji. With one Olympic Rugby Sevens qualifying spot up for grabs, the Aussies's toughest competition will be from Samoa and Tonga, with Fiji and New Zealand having already qualified. Coach Tim Walsh has drafted Melbourne Rebel and Wallaby, Jack Maddocks into the team, as well as recalling Rio Olympian Tom Cusack from the Brumbies. #aussie7s #japan2020 #rugby7s #olympics

The men's side will field two international debutants, Rebels speedster Jack Maddock and Manly's Josh Turner. Maddocks has been with the group for three months while Turner, a former New Zealand U19s captain, signed in 2018 but has yet to be included in a squad until now. If the Aussies fail to nab qualification in Fiji, they would go into a last-gasp repechage tournament in June next year, just shy of the Tokyo Olympics in July.

Australia’s men started their Oceania Sevens campaign with a big 52-7 win over Vanuatu. There is as much pressure on the team this week as in any tournament in the last two years, and team captain Lewis Holland said they would heed the lessons of the past in Suva. The Aussies missed out on automatic qualification at the end of the 2018-19 World Series, finishing outside the top four overall, and need to win this weekend's tournament to clinch a Tokyo berth. While many teams preach the “it’s just another tournament” line, Australia has put the Olympic carrot squarely in focus by preparing for high-pressured situations and concentrating on playing the game their way.

“When you go to play you want to just get out there and go 100 miles an hour and sometimes it's not the best because you get four people on the sideline where there should be one person,” Holland said. "We've done a lot of stuff back here at training whether working out how people deal with different pressure situations, how they compare for games, on the field as well, we've been making sure those pressure moments, if it does come down to a kick or it does come there we need the ball back et cetera."

"We know there's going to be a massive physicality side to these games so we've prepared ourselves. It's just about making sure we're comfortable playing our game plan and we understand what we're coming up against," he said.

*TIMES CORRECTED* Here are the pool game times for our #Aussie7s teams out in Fiji for the #Oceania7s, starting tomorrow.⠀ ⠀ 📺 All games live-streamed on @oceaniarugby’s Twitter Page.

The defending champions are taking a different approach to the Oceania tournament. The team has also secured an early victory, winning their first game 19 to 5 against Canada. They have already qualified for Tokyo, so they are focused on showcasing the talent of the next generation of players. These university-level players include Canberra's Rachel Crothers, University of Queensland's Hagiga Mosby, and University of Technology Sydney's Madison Ashby. The team will use their performances here as a proxy before team selections for Tokyo.

“We’ve been building well into our season over the last few weeks and the Oceania Sevens gives us a great opportunity to continue to do so. This tournament is tough, and we know just how hard teams will be coming at us this year."

Manenti's is ecstatic about the return of Demi Hayes, as she's "in the best physical condition and she's hungry for game time."

Australia will play in a separate competition to the teams who are in the hunt for Olympic qualification where they will meet Canada and New Zealand.

You can catch every match live here: