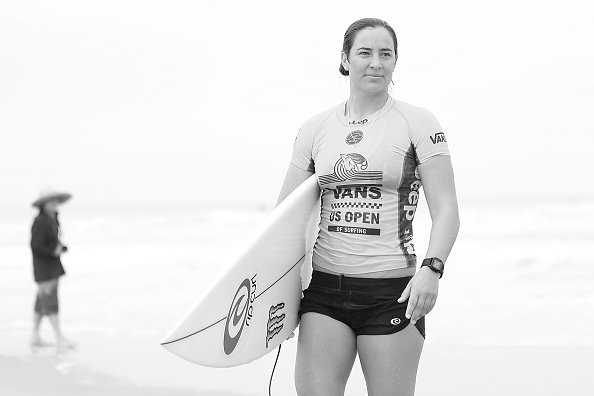 Article Introduction
It is not often that an elite athlete reaches the top of his or her sport without the help of a coach. But then Australia’s Tyler Wright is not your average sportswoman.
Content

SURFING: It is not often that an elite athlete reaches the top of his or her sport without the help of a coach. But then Australia’s Tyler Wright is not your average sportswoman.

In 2008, Wright won surfing’s Beachley Classic aged 14 – the youngest competitor ever to triumph in a women’s world tour event.

Five years later, she came agonisingly close to securing the WSL Championship Tour title while still a teenager. She won twice the next season and once again finished second in the final standings. All this, without ever having been coached.

Perhaps no sport relies on natural talent to quite the same extent as surfing. Instinct, balance and an innate ability to react to an ever-changing canvas are clearly paramount.

One of five surfing-mad siblings, the short but intensely powerful Wright grew into a fast-paced, aggressive surfer with talent to burn. But it wasn’t quite enough to get her over the final hurdle. After dropping down to fifth in the 2015 WSL season-ending rankings, Wright took a seismic decision.

“There was a mental change which translated into all the actions that I have taken from that point,” Wright said.

“I found my coach, Glenn ‘Micro’ Hall, who could teach and help me learn for myself. Guiding me through the what, when, where and how, and always prioritising balance in life.

"It was quite a change, as I had never been coached before.”

The results have been as spectacular as they were instant.

The then 22-year-old won five times on the Tour last year en route to an utterly dominant Championship victory, and in 2017 she is yet to finish outside the top five, with a win, a runners-up spot and two third-place finishes in the six events to date.

Hall, who competed on the men’s WSL circuit from 2013-15, runs the Micro Surfing Academy (MSA). The philosophy he espouses, focusing on marginal gains, sounds remarkably similar to that favoured by other hugely successful coaches, including England’s 2003 rugby World Cup-winning maestro, Sir Clive Woodward.

“The WSL has a well-thought-out criteria that we base a lot of our prep off; it’s evolved over time but it’s the core to scoring well,” Wright said of her and Hall’s approach.

“Commitment and degree of difficulty, innovation and progression manoeuvres, combination of major manoeuvres, variety of manoeuvres, speed, power and flow – we work on them all.”

Professional surfers are judged on the above with their two highest-scoring waves in each knockout round counted. As Wright acknowledges, once the intrinsic skills are mastered, the style and panache can come out.

“We are all really good,” Wright said. “I can sit quite happily on the beach and watch a pre-event warm-up or a morning surfing before competition starts, and enjoy all styles of surfing that come through the line-up. Everyone has their own personal signature through their approach to a wave and personality that shines through their style.”

The 23-year-old is at the head of an extraordinary Australian grip on the sport. While she is poised to seize her second world crown in succession, compatriot Matt Wilkinson heads the men’s division, with another four Australians in the top 10 – including Wright’s brother, Owen.

“We’ve had great Australian athletes ahead of us to learn off and now that we’ve all had a couple of years on Tour, we seem to have found our feet with Tour life,” Wright said.

The recent history of her older brother Owen offers a stark reminder of just what surfers face on a day-to-day basis, no matter how good or technically skilled they are. Practising during a season-ending event in Hawaii in 2015, Owen fell from his board and was relentlessly pounded by the notorious break at Pipeline. Taken to hospital, the now 27-year-old was diagnosed with severe concussion and bleeding on the brain. He finally returned to elite surfing earlier this year.

Another of Wright's siblings, Mikey, also competes on the WSL Tour, and Tyler’s aim is to represent Australia at the Olympic Games Tokyo 2020 alongside both.

“Surfing being accepted into the Olympics, I feel like that’s been the combination of hard-working people who believed in our sport, saw the potential for it to grow and the quality of humans in it,” she said.

Surfing enters the Games in an extremely healthy state, with, among other things, the WSL paying out equal prize money per surfer to the male and female competitors.

“It speaks very highly of the men and women who have made this happen,” said Wright, who won around USD 420,000 last year in prize money. “From the WSL to the surfers, they have strong minds that are always striving for better.”

Wright is currently in contention to take out the Roxy Pro in France. Plus another World Championships title is within her graps as she is currently sitting third on the learder board behing America's Courtney Conlogue in second and fellow Australian surfer Sally Fitzgibbons in the lead.