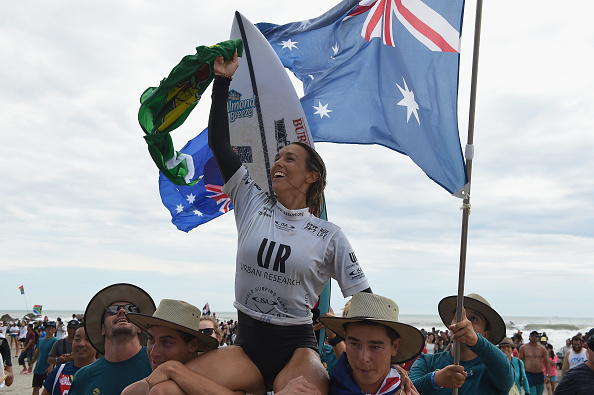 SURFING: Team Australia has finished on a high after team captain Sally Fitzgibbons claimed the gold medal in the women’s division today at the ISA World Surfing Games at Long Beach, Tahara in Japan.

Fitzgibbon won six of the seven heats she contested over the week-long event in a dominant display of surfing.

It was the first major win of the year for the 27-year-old, who is currently seventh place in the WSL World Championships race, led by fellow Aussie Steph Gilmore.

Aussie Holly Wawn had an extremely strong campaign, falling just one heat short of the final, while teammate Phillipa Anderson charged through the repechage rounds to finish strongly in repechage 10 to help secure Team Australia a silver medal behind host nation Japan.

Fitzgibbons will next focus on the Roxy Pro in France from October 3 before the finale, the Hawaii Pro in November.

All results are available HERE.