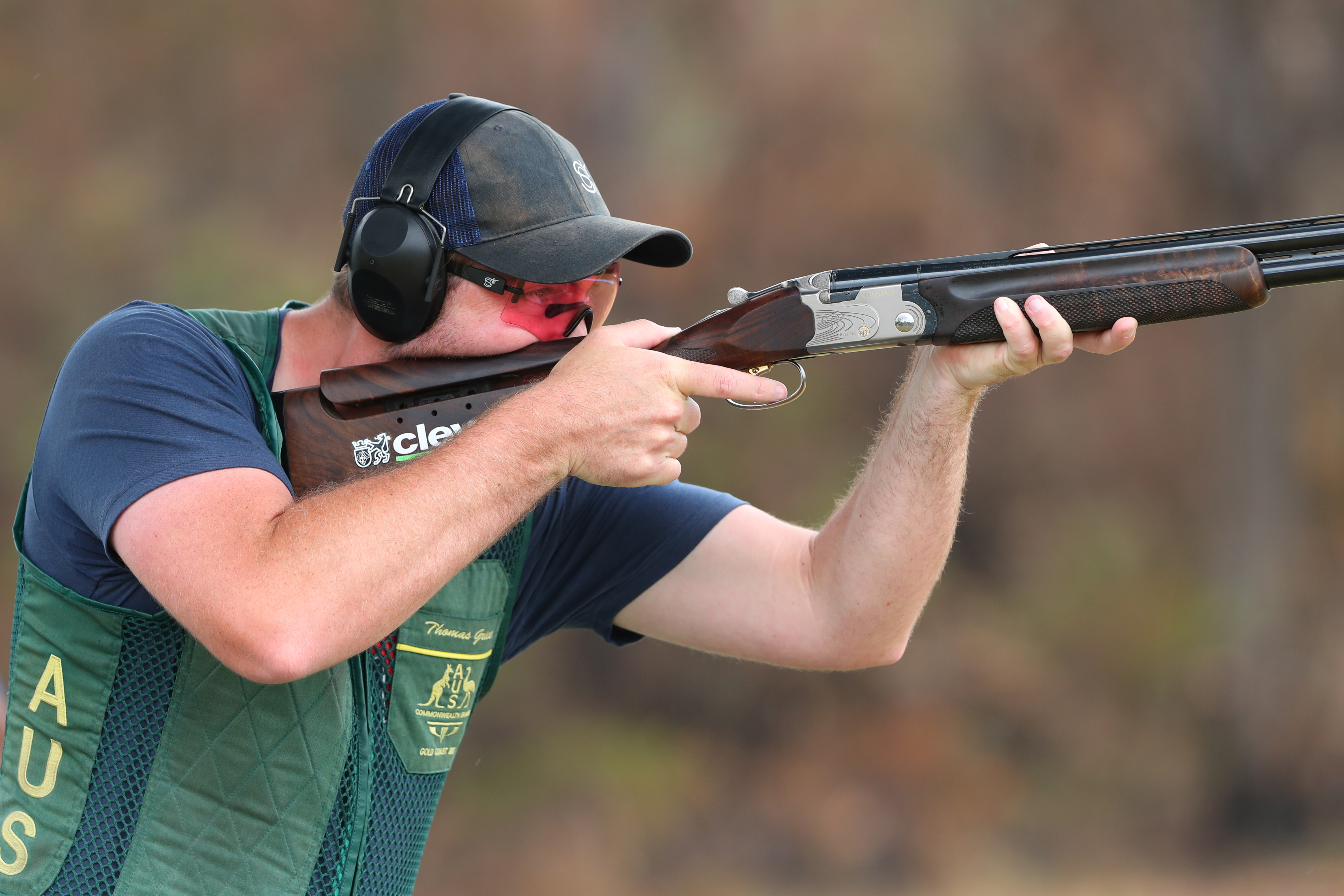 Could you imagine Lewis Hamilton driving a 14-year old Mercedes Formula One racing car, or Tiger Woods using a decade-old driver? What about a Tokyo Olympian using a 14-year old shotgun that has fired over 200,000 rounds at clay targets over its life span?

Trap shooter Thomas Grice will be headed to his first Olympic Games in Tokyo next year and there is every possibility his trusty 14-year old Beretta 682 shotgun will be his firearm of choice when he takes on the world’s best.

Apart from being the gun that saw him earn Tokyo Olympic selection alongside James Willett, there is a high degree of emotional sentiment attached to his gun.

Grice’s grandfather, Frank Gould, was the man responsible for introducing him to shooting when he was first eligible to receive a shooting permit when aged 12.

For the first two years, Grice would use his mother’s shotgun, but that soon changed.

“He set mum’s gun up to suit me and when it became apparent that I was going to stick at it for a while and keep going to the range, he said you’ve got to have your own gun that’s got to be set up to fit you properly,” Grice said.

True to his word, Gould purchased the Beretta 682 – the same gun used by his mum – and he could hardly contain his excitement when it was presented to him. 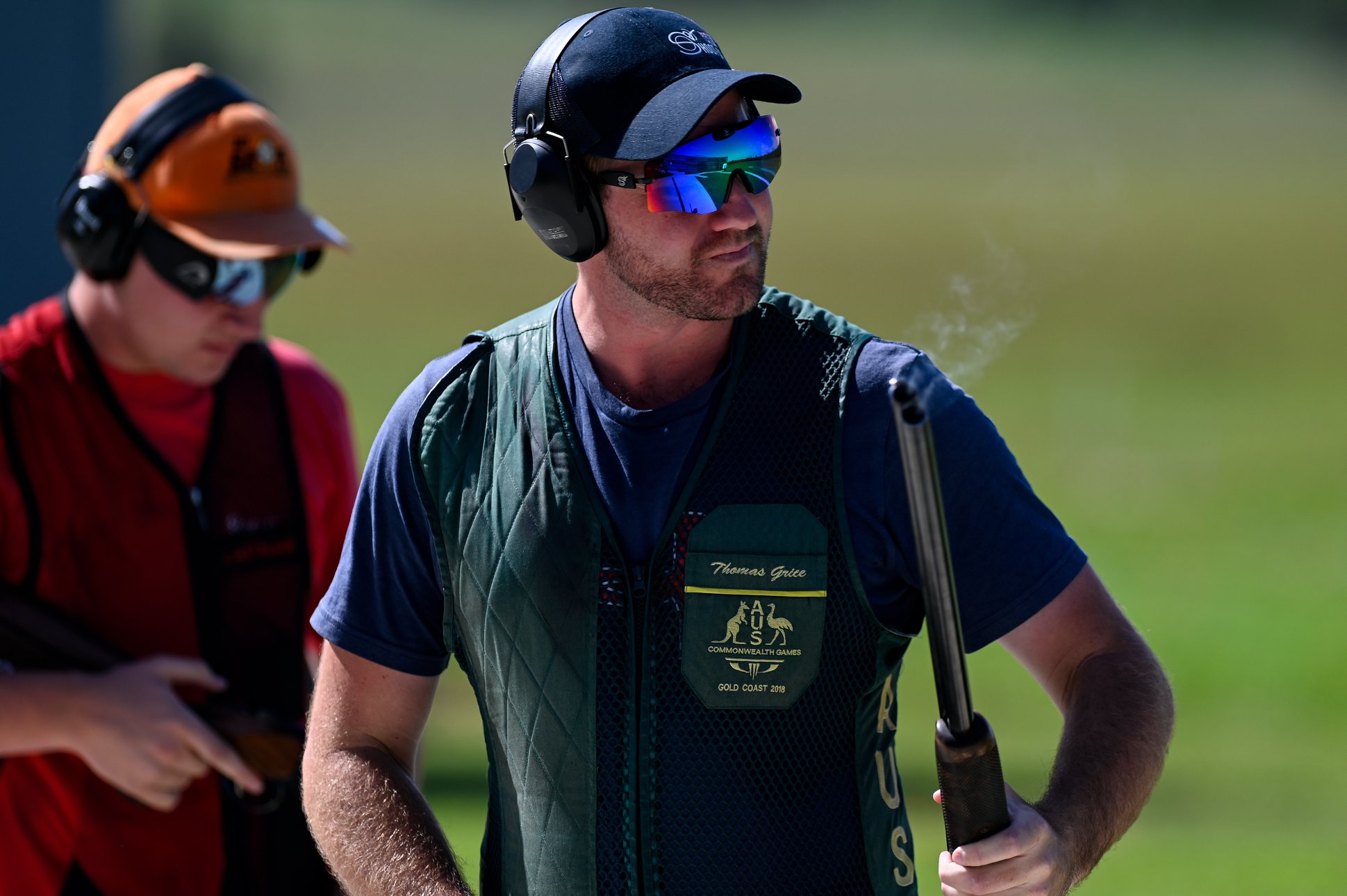 “It was a great day. It was the same gun as what I’d been shooting for a couple of years. But to be able to say it was mine, and it was set up to suit just me, is what every kid dreams of,” Grice said.

“Having two younger brothers as well, this was something I didn’t have to share,” he added with a laugh.
“He’s (Gould) been my best supporter by far. I wouldn’t be where I am today without him.”

Complicating his gun of choice at Tokyo next year is the recent arrival of a Beretta DT11 Black which he earned when claiming the High Gun prize at the Beretta Cup championship in Lonato, Italy last year.

But following the closure of his home range at the Sydney International Shooting Centre (SISC) because of COVID-19 and upgrades to the trap range, the Cobbitty local has yet to fire a shot with his new gun.

“I’ve mounted with it 8,000 times but it’s still sitting in my gun safe. If it’s not up to scratch, I will be back with the old girl for sure,” he said.

Once live firing resumes at SISC, Grice intends to spend a weekend testing the gun to see if it will improve his shooting accuracy, but he remains unsure whether he will use the upgraded version in Tokyo.

“Fifty percent of the people out there will tell you that you have to have the latest and greatest, and the fifty percent of other people will tell you its how it fits you and having some talent and just putting it into the right place every time. It’s hard to argue against that. If you put the gun in the right place, it doesn’t matter what gun you are shooting,” he said.

Grice was forced to endure a nail-biting Olympic nomination series before finally getting the welcome phone call from National Shotgun Coach, Richard Sammon, that he would be nominated to the Australian Olympic Committee for selection in Tokyo.

“I was driving and had the phone on Bluetooth when he called. I nearly fell out of the car door. I was smacking the side of the door that hard I was that happy. I nearly broke the window,” he said with a laugh.

Going into the fourth and final nomination event at SISC, Grice held a narrow two-point lead over 2016 Rio Olympian, Mitch Iles, for the second position behind runaway leader, James Willett – but not that he knew the precise margin.

“I very purposely had not done the maths. I knew I was in front, but by how many I didn’t know. I knew it wasn’t all that many. I figured if I don’t miss, he can’t catch me,” he said.

Because of the growing coronavirus concerns and the fact that he and Iles were the only athletes capable of capturing the second men’s trap position, they were the only shooters entered for the final event meaning that it was effectively a two-man shoot-off.

“It was strange, but I was there to do a job and I did a decent job of not letting too much rattle me. I thought I had four targets on him going into the event, but it turned out that I only had two,” he said.

“So, with a few targets to go in that last event, I thought I was in. I thought I had the second spot nailed down and I thought he can’t catch me here. Then I missed another one late in that last round and then went through clean from there and walked away at the end to find out I had him by two. That was tight.”
‘It’s hard to think that after 500 targets it would come down to one target,” he added.

Winning Olympic selection was Grice’s goal and he admits he has relied on hard work throughout his career, rather than natural ability, to attain his dream.

He has represented Australia on the international shooting circuit since he and younger brother James won selection to attend the 2012 Junior World Cup.

He went close to winning selection for the 2016 Rio Olympics, but the trap places were ultimately claimed by Adam Vella and Iles. “It proved to me that I was capable of it,” he said.

Games selection ultimately came his way at the 2018 Gold Coast Commonwealth Games, but one poor round saw him finish out of medal contention.

“But I’ve made vast improvements since then. I’m a far better shooter now than I was then. It was good experience, good exposure and hopefully it will hold me in good stead going into the Olympics.

“It was a great event, good fun and to be part of a home Games was just amazing. To see the support for shooting, which is so often reviled and gets dragged through the mud in the media, and to have a stand of people cheering for shooting, was excellent,” he added.

But a home Games can prove to be a distraction with family and friends part of a raucous crowd.
“I thought leading in I was doing a pretty good job of being able to distance myself from that and just focus on my shooting. But I don’t think I really did, looking back. It was good experience and I can certainly build from that.”

While Grice hasn’t fired a shot since the final Olympic nomination event in March, he has reviewed his training regime and has added more fitness work into his Tokyo Games preparation program, particularly with the purchase of a rowing machine and extra gym work.

“While there’s some excellent shooters that are very obviously not all that physically fit, I think it’s a great help to be far fitter, so I am working on my fitness a lot more than I ever have in the past. Hopefully, that’s going to put me in good stead going into the future.”

Additionally, through his association with the NSW Institute of Sport, he is working with a dietician and intends to utilise its physio services when he returns to firing at 300 targets a week in training.

Apart from his individual event in Tokyo, Grice will compete in the Mixed Pairs where he’s likely to be partnered with Victorian, Penny Smith.

The pair won the inaugural Mixed Pairs world title in 2017 and were bronze medallists behind team-mates Willett and Laetisha Scanlan at last year’s World Championship.

When he goes to Tokyo, he knows anything is possible and fondly recalls the jaw-dropping Winter Olympic Games victory of Steven Bradbury.

“To finish first, first you must finish,” he said.

And watching proudly will be his Pop, who will be aged 90 by the Games.

“It would be nice to come home with a bit of silverware for him.”