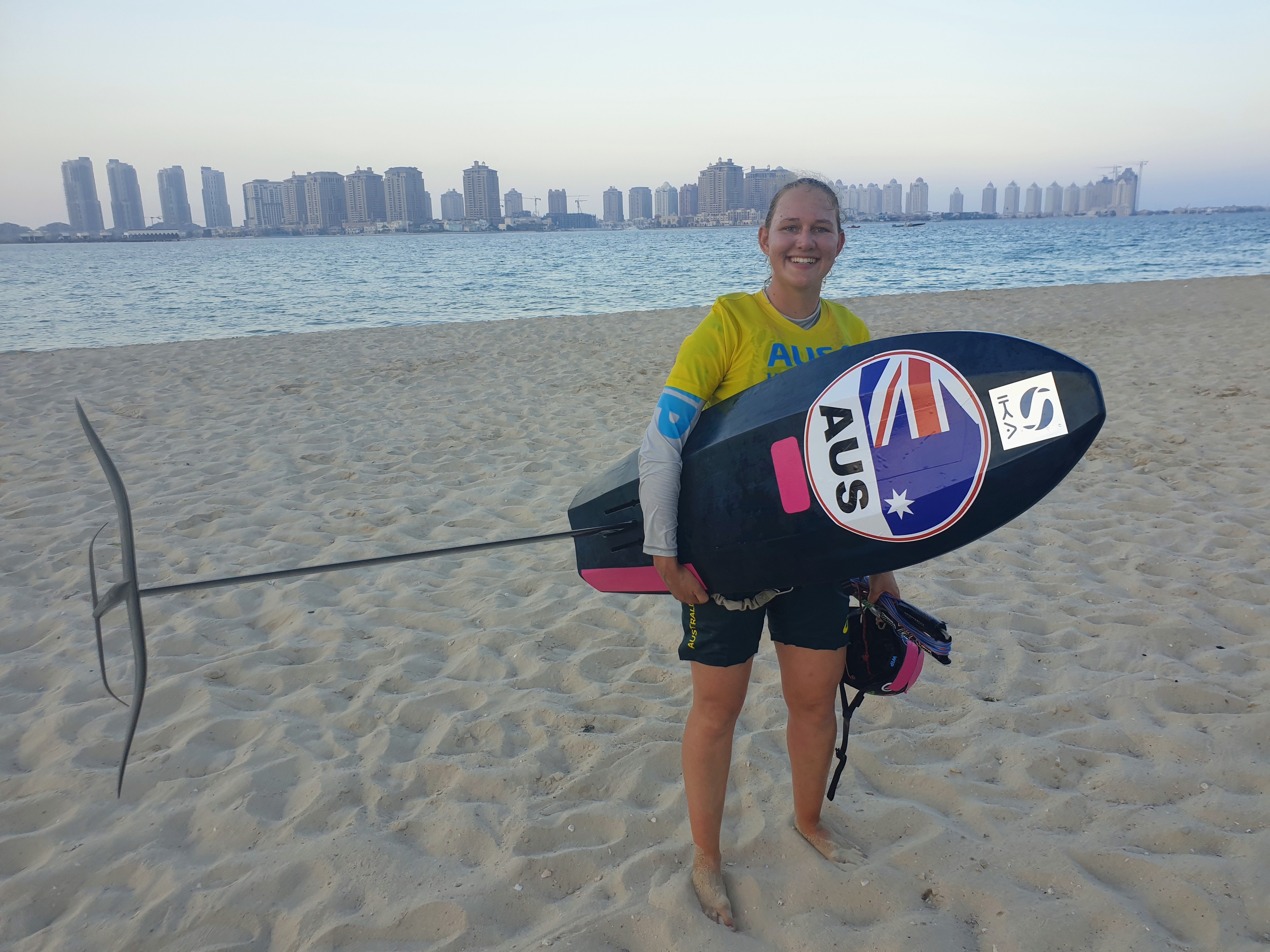 19-year-old Whitehead won her two-race semi-final to progress to the final after finishing the preliminaries in fourth spot, and finished just outside the medals in with a tight final race won by multiple World Champion Daniela Moroz of the United States.

Whitehead, who competed in 10 races across the competition including preliminaries and finals, was proud to be in the mix for medals at the Games.

“I’m feeling so happy to make it into the final and be right up there with the top level of racers,” she said.

“I got a message from my family, they were glued to the live stream, and they’re really proud. Our races aren’t normally broadcast, so to have that as part of the World Beach Games and know we have people back home watching and following is such a cool feeling.”

“The different race length really changed our strategy,” Whitehead said. “That was some really intense racing today – it makes the start even more important and means any little error can put you at the back of the fleet and it’s almost impossible to come back from.

“I’ve learned so many lessons this regatta –I can focus more on them in training at home and be a better racer for the experience.”

48-year-old Flintrop has extensive water experience across wakeboarding and waterskiing but has found her sporting niche in Kitefoiling. She was ecstatic to have her best performance of the regatta in her second semi-final race.

“That was amazing, I’m pumped to be able to put my best run out there in the semis,” she said.

“I tried a new tactic, I took a completely different course, tacking out straight away so I had my own space away from the other racers. It worked really well, I was first to the top mark which hasn’t happened the whole regatta.

Melbourne-based Flintrop finished 3rd in her second semi-final race, and while carryover points form the preliminaries meant it wasn’t enough to make the final, it pushed her from tenth to eight overall.

“I didn’t know what to expect results wise these Games, but to better and better each race and to know I have it in me is a great feeling. And how lucky are we to get the chance to do it in this venue, with incredible architecture everywhere we look.

“From the minute I got my uniform this Games has been the best experience – I put it all on the second it arrived in the mail and I’ve been so pumped ever since.”

With Kitefoil Racing on the Olympic schedule for Paris 2024, Australians will get the chance to see Brei, Natalie and other Australian kitefoilers as they go after their Olympic dream.