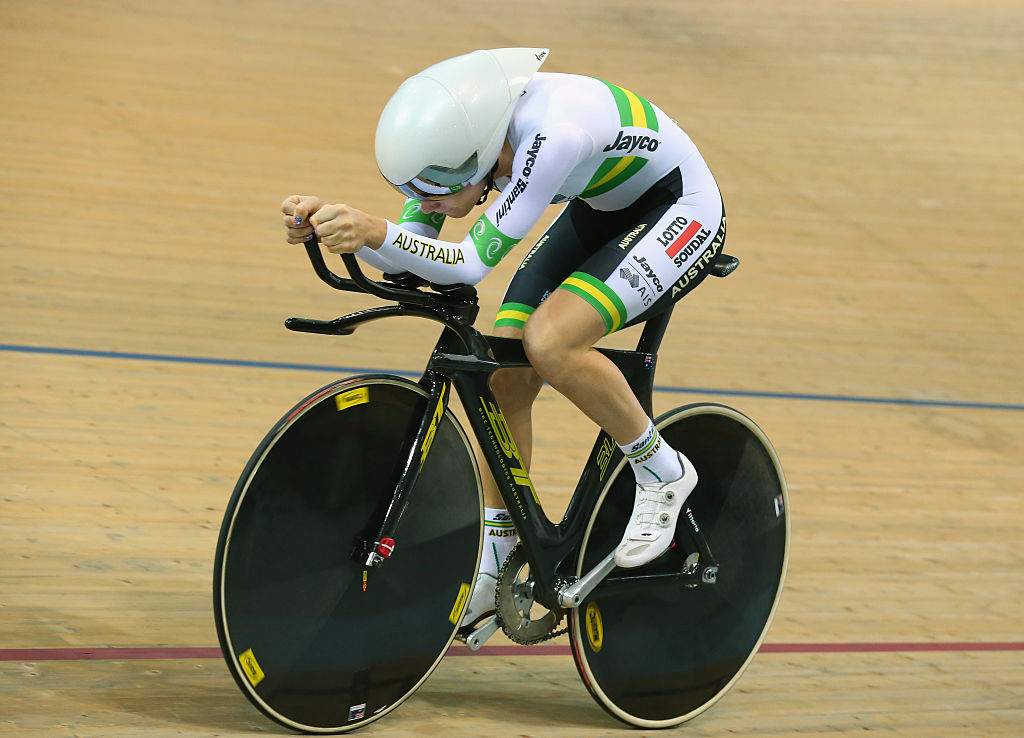 For Tasmania's dual Olympian Cure, it continued her success in the event after claiming the Oceania omnium crown last week, while for 2016 team pursuit world champion Porter, he celebrated his maiden individual crown on the track.

A change in the UCI rules post the Rio 2016 Olympic Games has seen the omnium move from a six-race to a four-race bunch race format (scratch, tempo, elimination and points race) held in a single day.

Team Pursuit World Champion Alex Porter built on a strong start with a win in the opening scratch race before taking second in the tempo and third in the elimination.

Heading in to the points race, Porter held a 14 point advantage over Nicholas Yallouris (NSW) but with 12 sprints the race was still wide open.

A tactical and fierce points race went all the way to the wire with riders three wide across the track in the final double points sprint.

Porter narrowly won the final sprint to finish on 133 points, four ahead of ITS Melbourne omnium winner Joshua Harrison (SA-129), with Tirian McManus (NSW-124) rounding out the podium.

"It was my first individual national title, so I am stoked with that," Porter said.

"I knew I had good form coming into this week, as I had some good rides last week at Oceania and I was feeling good yesterday and today. I just knew I had to put it together today and I was really happy to pull it off.

"Going into the points race I had a good buffer, but when Josh [Harrison] and Tirian [McManus] took that lap, there were a few stressful moments there, but I just calmed myself down and picked up a few more points to make sure I took the win.

"I wasn't too sure about how I would like it (new format) but I was really looking forward to giving it a go at Oceanias and now here, and I can say I think I really enjoy the new format more than the old one!"

Less than a week after winning her first ever career omnium at the Oceania Championships, Amy Cure (TAS) added the Australian title to her palmares.

Cure picked up wins in the scratch and elimination race for a total of 116 points, just four ahead of Josie Talbot (NSW) and eight ahead of Alex Manly (SA) making for a hotly contested points race.

The experience of Cure proved too much for rising stars and former junior world champions Manly and Talbot as she finished on 147 points, 18 clear of Manly on 129 with Talbot finishing on 115.

"It is awesome, obviously targeting the omnium this year so happy to come away with both wins," Cure said of adding the national title to her Oceania success.

"It was tough out there, Alex [Manly] made it a tough race, it was close going into the points race, with only four points separating us, but I was happy to bring away the win in the end.

"I think some of the girls got a bit tired towards the end which helped me."

“I was a bit nervous coming into here with the training I had done, but it just goes to show if I back myself you never know what is in reach. So I am really happy with how I have come out of this week on the track”

Cure and Porter will remain in Melbourne to race the Madison National Championships at Hisense Areana on Saturday night.
Maeve Moroney-Plouffe (SA) and Stephen Cuff (NSW) broke through to claim their first individual track national titles in the under 19 events.