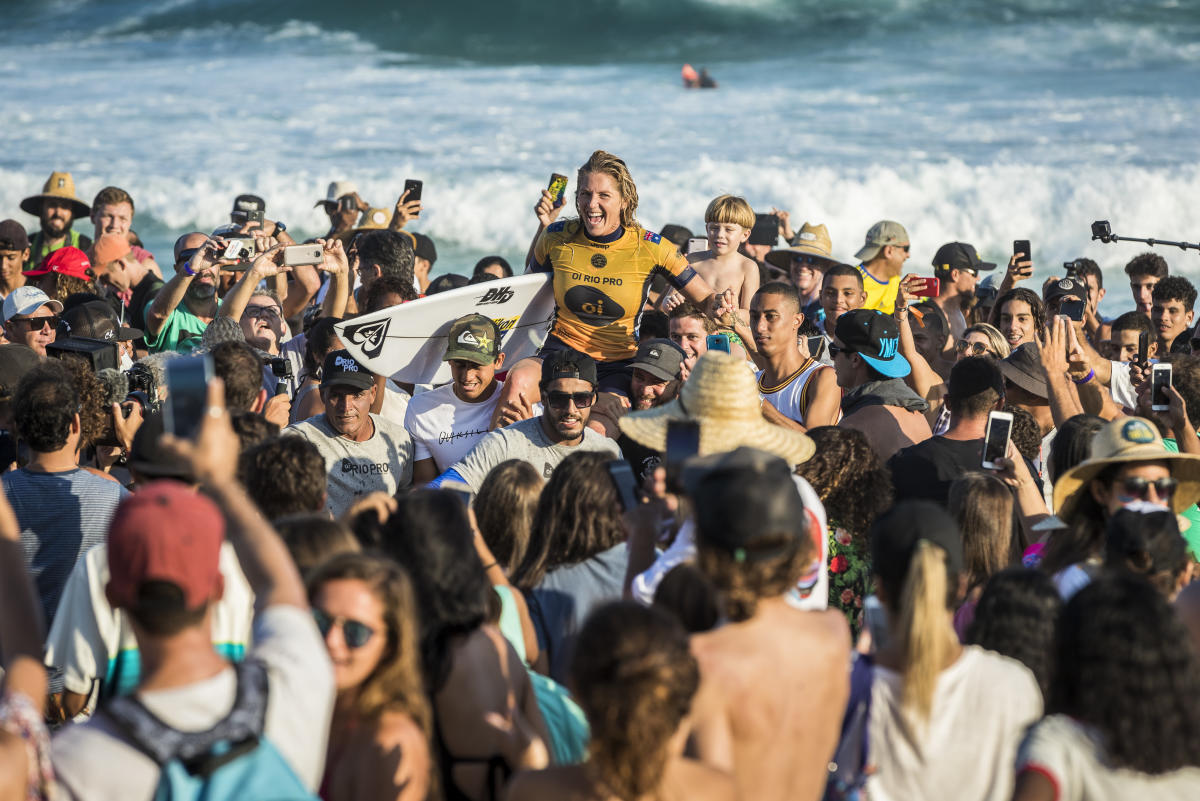 Six-time WSL Champion Gilmore battled through four rounds today, taking down Lakey Peterson (USA) in the Final, Nikki Van Dijk (AUS) in the Semifinals, Sally Fitzgibbons (AUS) in the Quarterfinals, and Caroline Marks (USA) in Round 3. Not only does Gilmore’s win mark her 28th CT victory but also her first CT win in Brazil.

“That was a really crucial final because Lakey (Peterson) has had a win and I’ve had a win,” Gilmore said.

“I just want it. I want it really bad and that is what it takes. It feels good. I just love competing. It is such a good challenge to be out there and to have this stage to perform on is really special. I’ve been doing this for a while but it never gets old. This is just the beginning.”

Gilmore’s final started to come together at the 15-minute mark with a right-hand ride, which earned her a 6.53 (out of a possible 10). Gilmore quickly backed-up her scoreline with a 5.10 on another right, while Peterson chased the lefts. The American, with only an 8.00 two-wave total, could not find the scores required to combat the Australian at the final buzzer.

“For a few years there I was sort of half-hearted with things and I realized that you can’t be that way if you want to win,” she said.

“You have to have the ‘eye of the tiger,’ you have to want to win, and you have to be fierce and committed to these things. I love to really apply myself properly. It is really special. I am so happy. I just want to win. It’s cool, it is such a good feeling.”

Despite the loss, Peterson is in a strong position to hunt down her first World Title this season. The Californian started her year with a big win on the Gold Coast and continues to raise the bar at each event. En route to her runner-up result, Peterson dispatched crowd-favorite Tatiana Weston-Webb (HAW) in the semi-finals and three-time WSL Champion Carissa Moore (HAW) in the quarter-finals.

“A World Title is my goal,” said Peterson. “I am just trying to take it one event at a time. I feel like the momentum is working for me right now, but it is also working for Steph (Gilmore) right now. She is obviously in a great groove and she’s got an extra win on top of me, and I am aware of that. She’s such a phenomenal competitor and surfer.”

Gilmore’s second win in 2018 now keeps her at World No. 1 on the Jeep Leaderboard. Peterson trails by only 3,680 points behind with her runner-up finish today. With the tour reaching its halfway mark at Stop No. 5’s Corona Bali Pro, Gilmore’s and Peterson’s 2018 World Title campaigns are off to a strong start.