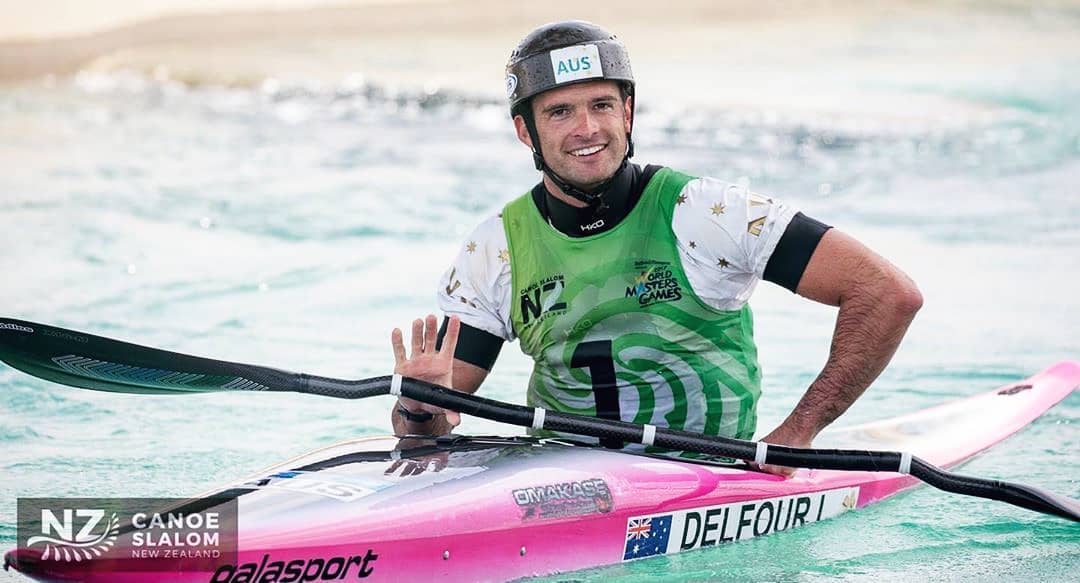 It was the second gold medal for Fox, who earlier claimed the top spot in the Women’s K1 event.

The event also doubled as the final Olympic selection event for Australia’s Canoe Slalom Men, with both Delfour’s and Watkin’s performances provisionally qualifying them a spot at Tokyo 2020.

Improving upon her silver finish in Moscow last week, aerial skier Laura Peel has claimed gold in Belarus, her third podium appearance for the season.

Over in Japan, the silverware kept coming for the Aussies, with Jakara Anthony claiming moguls bronze, her second consecutive podium for the season.

The duo topped the podium for the second time in two weeks in their first two tournaments since being reunited as a playing pair, after taking out the Asian Championship in Thailand last weekend.

GOLD FOR AUSTRALIA!! @damien_schumann and @mchuge89 have just won gold here in Cambodia! Unreal fight from the boys at the end and what a way to finish a 2 week tour! Gold at Asian Champs and Gold in Cambodia! #volley #beachvolleyball #volleyball #Cambodia #gold #ausvolley

The four-time Olympian from Cessnock, NSW showed his class when scoring 240.1 points ahead of West Australians Bailey Groves (234.5) and Mike Giustiniano (211.9) at the Brisbane International Shooting Centre over the weekend.

In the women’s 25m Pistol final, Victoria’s Elena Galiabovitch (28 targets) claimed her second gold medal of the weekend when scoring a comfortable victory ahead of South Australia’s Alison Heinrich (21) and Queensland’s Civon Smith (16).

Read all about it HERE

Gymnastics: Aussies wrap up Melbourne Worlds with silver and bronze

Georgia Godwin and Mitchell Morgans claimed silver and bronze in the Uneven and Horizontal Bars respectively, after a solid weekend of competition at the Melbourne Gymnastics World Cup.

Godwin, who has provisionally qualified for Tokyo 2020 was the first Aussie to claim a medal, when she went head to head with Australian teammate, Georgia-Rose Brown in the finals of Uneven Bars.

Mitchell Morgans added a second medal for Australia, when he secured bronze on the High Bar.

You can find more results HERE

Wrapping up the last day of the @gymnasticsworldcup, @middymorgs has landed on the podium securing a Bronze medal in the horizontal bar final! READ MORE on our website. #StartHereGoAnywhere #MelbWC20 #theais

Four sublimely worked goals gave the Kookaburras a narrow 4-3 win over India in a frenzied FIH Pro League match at the Kalinga Stadium in Bhubaneshwar on Saturday night.

Up 2-0 at half time courtesy of Dylan Wotherspoon and Tom Wickham, two third-quarter goals in quick succession from Lachlan Sharp and Jacob Anderson proved enough to maintain the Kookaburras’ impressive record in the subcontinent and hold off an Indian side that stormed home in the final 15 minutes.

However, the Aussies couldn’t replicate the performance 24-hours later, going down to India 3-1 in a penalty shootout on Sunday, after the scores were locked at 2-all at full time.

The result was still enough for the Kookaburras to jump above India into third place on the FIH Pro League standings, before they return home to Perth to face Argentina on 6/7 March.

High Jumper Brandon Starc equalled his best jump in 18 months, clearing 2.30 meters to take the gold at the Sydney Track Classic at Sydney Olympic Park on the weekend.

Both runners are chasing down the 1:45.20 Tokyo 2020 Olympic qualifying time.

Peter Bol and Joseph Deng are back!! ⁣
⁣
Pete has won the men’s 800m at the Sydney Track Classic in 1:45.85. ⁣
⁣
With Joseph just behind him finishing in second in 1:45.89. ⁣
⁣#thisisathletics #summersuperseries ⁣ pic.twitter.com/mmt7mLLKum

See all the results from the Sydney Track Classic HERE

Sailing: Stransky in top ten after first day of Worlds

Stransky battled through the shifty, light winds to record a keeper score, with racing continuing today in Melbourne.