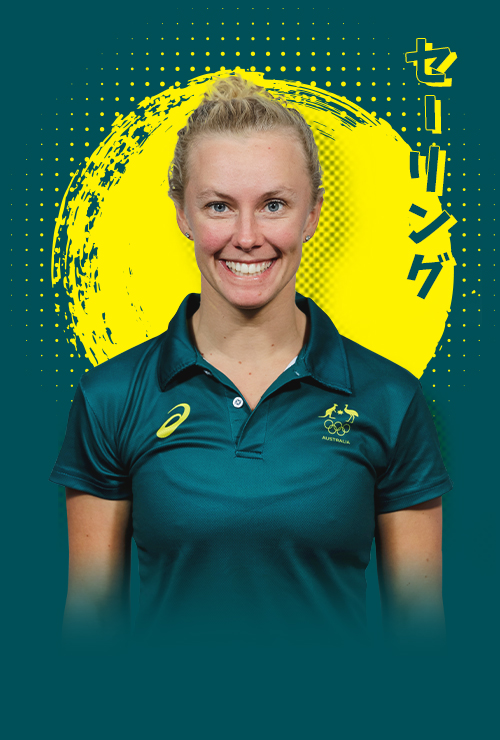 Tess Lloyd started sailing at just five-years-old and always dreamed of going to an Olympic Games. As a talented young sailor, Lloyd quickly moved up the rankings and was deemed 'one to watch.'

She came first in her class at the Australian Nationals in 2012, before picking up a 23rd at the Open Worlds (1st for Youth Girls) and eighth and the Europeans (1st for Youth girls) that same year.

Things were looking on track for Lloyd to make her mark as one of Australia's up and coming sailors, this, however, came to a terrifying halt when the then 16-year-old sustained a major head injury during the 2012 Australian Youth Championships in Brisbane.

Lloyd’s boat collided with a windsurfer, resulting in her being knocked unconscious off her boat. Crewmate, Lewis Duncan, found Lloyd unconscious in the water and quickly came to her rescue, holding her head above water until further help came.

After three weeks in an induced coma, Lloyd woke to find she had lost the ability to walk and talk, however, she never lost sight of her goals and after months of grueling rehabilitation was determined to get back out on the water.

A mere 10 months later, Lloyd was on her boat doing what she loved most, with her sights set on the Rio 2016 Olympic Games, but her Olympic debut would need to wait.

Despite a successful campaign leading into the Games, a decision was made not to send a 49er FX team to Rio.

But this devastating reality did not deter Lloyd, with the 24-year-old continuing to strive towards her Olympic dream for the past 4 years, a dream that will soon become a reality when she sails into Tokyo 2020, making her Olympic debut competing in the 49erFX class alongside crewmate Jaime Ryan.

"Life battles don't always go to the strongest or fastest men, sooner or later the man who wins is the man who thinks he can"